A Moscow man made national news headlines this week for putting a drawing he made when he was only six-years-old on sale online for no less than 140 million rubles ($2.3 million).

41-year-old journalist Vladimir Mkrtchyan placed the ad for his old childhood drawing on Russian classifieds site Avito on Monday, and it quickly went viral due to its exorbitant price. 140 million rubles seems kind of steep for a childish drawing, but the seller considers it’s worth twice that much, because it reflects the realities of the Soviet era through the innocent eyes of a six-year-old boy. 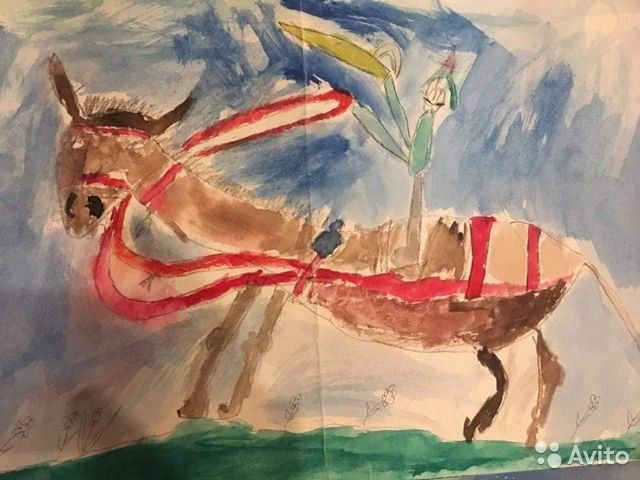 “When I painted this picture, I was small, it was Soviet time,” Mkrtchyan  told 360TV. “In my works I reflected the reality that came to us from TV screens, from books. I was interested in the theme of the civil war in that period.”

Titled “Red Army Man on Horse“, the expensive artwork was recently rediscovered by Vladimir Mkrtchyan while he was sorting through his old things. The idea to sell it for a fortune came to him suddenly, after realizing what a true treasure his childhood drawing really was.

“I put all my soul and all my childhood delight into it,” the journalist said. “As you know, the artist’s hand is guided by God, which means He liked it so much.” 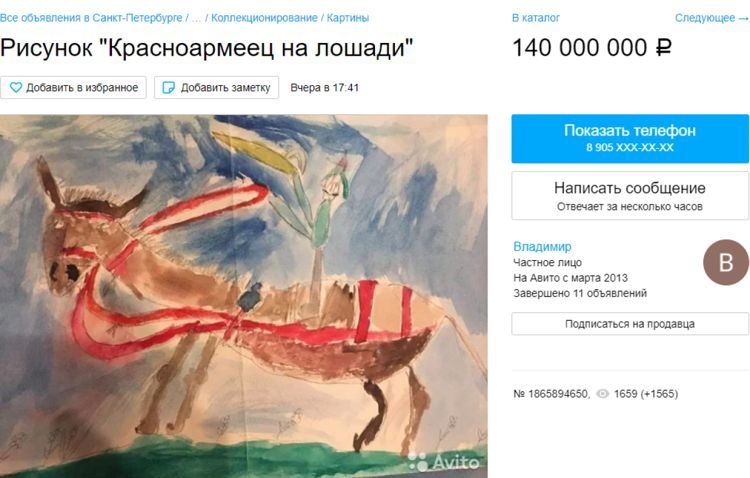 Mkrtchyan told Russian media that he had already been contacted by a potential buyer, but they made the mistake of asking him whether the 140 million ruble price was negotiable. That was considered disrespectful by the artist, because in his eyes, the price is already half of what the artwork is really worth.

“The price is really amazing, it is extremely low for such an artwork,” the 41-year-old said. “The price tag just represents the money I need right now.”

“Even to me, the person who painted it,the horse’s expression is really impressive. It’s like it is looking straight into your soul,” the artist said, trying to justify the price of his childhood drawing.

This may be just a gimmick designed to attract attention, and if that’s the case, it worked to perfection, but we are living in a world where a banana taped to a white wall can sell for $120,000 so anything is possible.